Ross Geach is the sixth generation of his family to work the land at Trerethern Farm in North Cornwall, he started Padstow Kitchen Garden there in 2007. Before that he was a chef working mostly for Rick and Jill Stein. He trained at St Petroc’s Bistro, worked at The Seafood Restaurant alongside his old friend Stephane Delourme then headed up the kitchen at Rick Stein’s Café. Produce from The Padstow Kitchen Garden features on the menus of many of the South West’s best restaurants. Ross understands exactly what he should be growing for chefs because he used to be one. That invaluable experience in professional kitchens is part of what makes him the grower he is.

Stephane Delourme has been head chef at The Seafood Restaurant in Padstow since 1998 and is one of the most respected and well liked chefs in the business. Stephane recently won Best Chef at The Trencherman’s Awards 2017 which will join a shelf full of accolades that Stephane has collected over the years.

Kalettes (formerly Flower Sprouts) are a new vegetable developed by Tozer Seeds in Surrey. They are a cross between Brussels Sprouts and Kale and have been bred using traditional techniques rather than GMO technology. 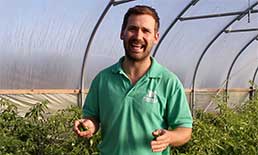 I have a great working relationship with Colin Putt at Total Bodmin and their distribution helps get my produce to kitchens right across the South West. I also work closely with Colin on social media, particularly Twitter, to make sure all our customers know the very latest from the farm. 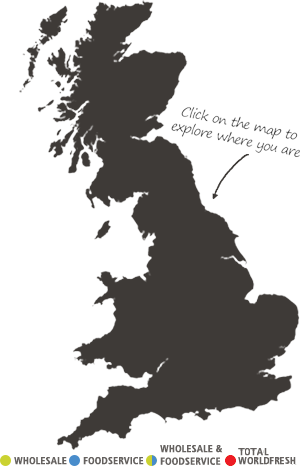