Christmas menus were written ages ago so this month we look at what you should be using in the new year. What are the ingredients that’ll make your January menus sparkle and save you money? 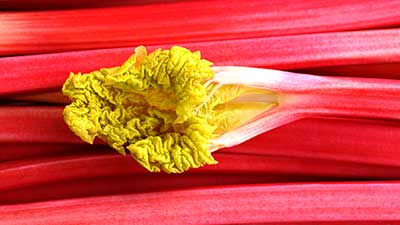 Word from The Triangle is that it’s shaping up to be an absolutely cracking season, perhaps the best since 1998. Recent cold weather has meant that the roots or crowns have converted most of their carbohydrate content to the sugars which will fuel growth once they’re in warmed and darkened forcing sheds. The first Yorkshire Forced Rhubarb should be ready for harvest in early January, about a month earlier than last year. If you would like to know a bit more about this national culinary treasure there’s a short film with Janet Oldroyd Hulme over in the Our Growers section of our site. Janet’s family have been growing rhubarb for six generations and she, almost single handedly, drove the great rhubarb renaissance of recent years. Janet is affectionately known as The High Priestess Of Rhubarb by her many admirers and it’s high time that her sterling work was recognised by a suitable national honour. 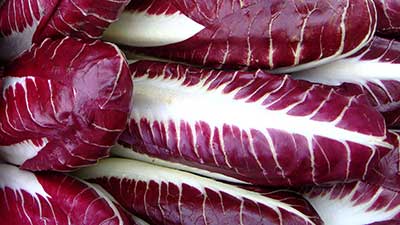 Once the celebrations are out of the way people seem to want food that has a lighter, healthier, cleaner feel. A sort of post festive guilt menu that’ll help ease elasticated waist band worries. What this often means is winter salads and there’s some excellent citrus about that can be very useful here. Oranges, lemons and clementines from Spain, Turkish grapefruit and pomelos from Asia can all bring a welcome zing to so many dishes. Quite a lot of roots (see below) are delicious raw in things like remoulade, slaws and all those wonderful Middle Eastern salads. Perhaps best of all are the pretty spectacular range of chicories that are around for the next few months. There’s frisée from Southern France, red and white chicory or endive from Dutch and British growers (always check the price of red, can be dear), radicchio from both sides of The Channel, trevise and tardivo from Italy and French pisenlit or blanched dandelion. All of these share a delicious bitterness that you can just feel perking up your post festive liver. 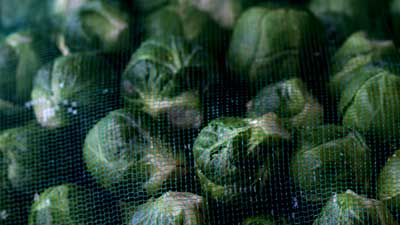 Brussels Sprout supplies are a problem, there’s simply nowhere near as many as there should be coming in from British growers. Holland, Europes other big sprout producer, is suffering similar shortages so sprout supplies are limited and prices are unusually high. This summer’s explosion in the Diamond Back moth population, brassica’s main pest, had a huge impact on the sprout crop as did a very wet spring and a very dry August.  Make sure you secure your sprout supplies in advance, forward ordering is a must, and move on to a better value veg as soon as you can. 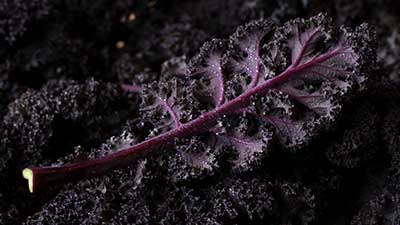 There’s some very fine brassicas around for the next few months. They are in particularly good nick because brassicas are often improved by a touch of frost rather like root veg. Savoy, January King and Primo are just some of the very fine cabbages coming in from UK growers. There’s excellent red and white cabbage and a fabulous range of kales including Cavolo Nero. Worth mentioning that homegrown Cavolo Nero often finishes round about the end of January as it tends to flower rather earlier than other brassicas. After that it’s imported Cavolo, mostly from Spain and Italy and obviously a bit more money.Cauliflower and romanesco are both quite sensitive to cold. They’re not as robust as other brassicas and price and availability can jump about all over the place.

You’ve probably heard that parsnips are supposed to be better after a frost and dismissed it as an old wive’s tale but it is true. As it gets colder parsnips up their sugar levels thus lowering their freezing point, a sort of natural anti freeze. As well as protecting against freezing this makes them taste even better. The same thing happens to most other roots which is why they’re in such good nick now and will be for the next few months. Plenty of choice, there’s parsnips, swedes, turnips, carrots, celeriac, Jerusalem artichokes and even limited supplies of parsley root all from UK growers. Comforting cooked, refreshing raw and excellent value; no January menu should be rootless. 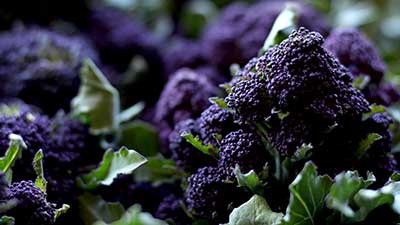 Cold is important to the traditional varieties of purple sprouting that start round about now but it’s not about sugar levels this time Lower temperatures stimulate the production of the flowering buds, a process known as vernalisation. In her seminal Vegetable Book Jane Grigson writes that ‘purple sprouting is as near to a fine vegetable as the brassicas ever get’ and, as ever, she’s absolutely right. Purple sprouting is in fine form now and should be absolutely tip top till it warms up in early Spring.