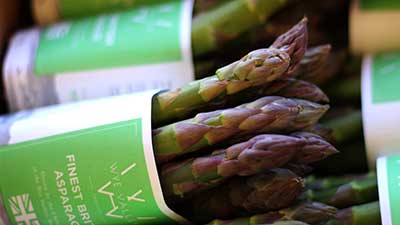 The official start of the British asparagus
is St George’s Day, 23rd April, but rather
glorious weather seems to have pushed
it forward. There’s always early asparagus
but there’s more than usual this year and
at a rather better price. Asparagus will be
at its best, and best value, during May and
June but its still worth checking with your
local depot to see what they’ve got right
now. Aspargus growth is dependent on
temperature, any colder than 10C and it
simply stops growing. Do bear in mind that
a cold snap means that there’ll be a lot less
asparagus around and the price can shoot
up. There’s also limited supplies of white
and purple varieties from those very clever
chaps at Wye Valley 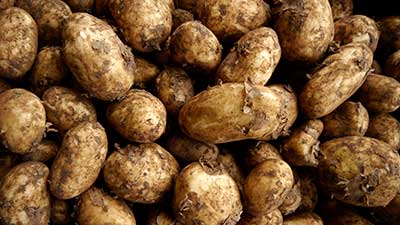 The big news this month is of course
Jersey Royals. It’s still pretty early in
the season and it will be next month
before they’re in full flow. But, rather
like asparagus, there already seem to
be more around than usual and prices
are certainly moving the right way.
Alongside the Jerseys there’s a few early
new potatoes coming in from Cornish
growers at similar money. If you’re
looking for top spud value this month
then do consider Majorcan New, A true
new potato with a scrapable skin. They’re
in particularly good nick this season and
they’re currently about a third of the price
of Jerseys! 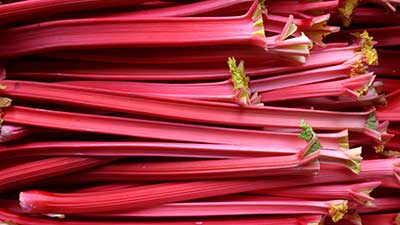 Sadly the Yorkshire Forced Rhubarb season is coming to a close and it’s time to move on to the outdoor crop. Outdoor rhubarb is usually at its best at the start of the season and this year’s no exception, there’s some splendid stuff around. There’s two choices, regular or forced. Regular rhubarb is grown in the open air and has a green and red colouring. Forced is still grown outside but with the light excluded, usually by black polythene tunnels. This means the chlorophyl doesn’t develop so there’s no green colouring, just a glorious vibrant pink. 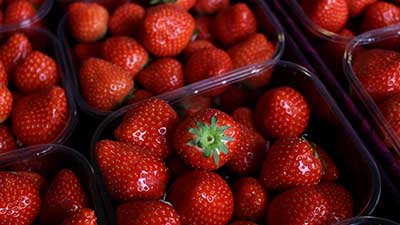 Spanish strawberries and raspberries are very good value and have a decent enough flavour but if you’re looking for a truly spectacular strawberry then it has to be Dutch. There is some fabulous fruit coming from Holland with tremendous aroma and flavour and it’s making the money it deserves. Writing this would have been greengrocer heresy a decade ago but in the past few years Dutch growers have really focused on flavour and are currently growing some quite staggeringly delicious produce. There’s a few early British strawberries around but it’ll be next month before they really get going. 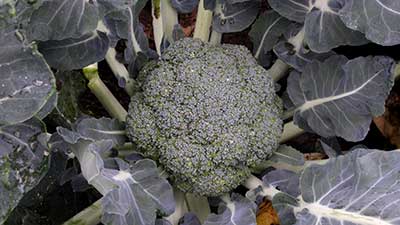 There’s currently very little broccoli around and prices are spectacularly high. This is a legacy of that terrible weather in Spain at the beginning of the year. Flooding caused gaps in planting programmes leading to shortages now. Hopefully Spanish broccoli supplies should be back to normal by the end of the month and homegrown broccoli will be along in June. 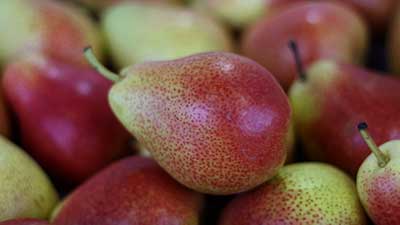 British apples are at an end and supplies of other European apples and pears from store are running out.
This month we’ll start moving on to new season top fruit from the southern hemisphere. The first of the Packham’s Triumph and Forelle pears are here and there’s plenty more to follow. 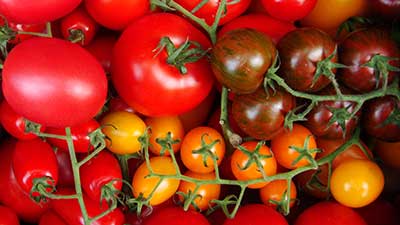 After a fairly exciting winter the Spanish season is drawing to a close and new season produce from the UK and Holland is starting to come in. There’s a fair few tomatoes around with the last of the Spanish season and some particularly fine new season ‘heritage’ or exotic varieties from both British and Dutch growers. There’s British cucumbers and salad heads both grown under glass. There’s new season peppers and aubergines from Holland with British stuff just round the corner. All in all this a month of change, prices may rise a little at first but quality is much improved and things will soon settle down. 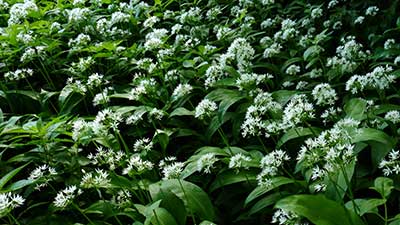 The Blood orange season is on the final furlong. They really are almost over, time to take them off.

This will be the last full month of Wild Garlic, it’s usually all over by early May. There’s still plenty of lovely wet garlic which will be with us till August

There’s still decent broad beans and peas from Spain. The French season is next then we move on to new season British pods in June.