Citrus superstars abound this month and the veg crisis isn’t quite as bad as it was. We say Hurrah for parsley root and sweet potatoes and are cheered by the odd glimmer of spring. 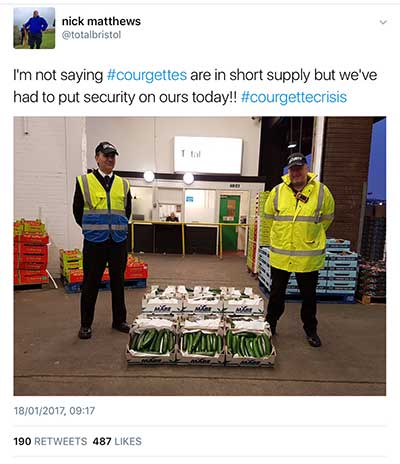 Supplies of vegetables and salads from mainland Europe are gradually improving but we’re still a long way short of the seasonal norm and prices are still pretty fierce. It’ll be probably be towards the end of May before supplies fully recover with the start of the British and main Dutch seasons.

Baby leaf salads are recovering quickest as they have the shortest growing period but supplies of whole head Spanish lettuces, principally iceberg, gem, frisee & cos are still pretty tight.

French salads like oakleaf, lollo, batavia and frisee are still dear. Crops haven’t fully recovered from the terrible weather and lack of Spanish produce is driving prices up.

Veg wise things are not as bleak as they were just after Christmas but broccoli, courgettes and aubergines are still thin on the ground and all are unseasonably expensive.

Tomato supplies have been helped along by some early new season fruit from Holland and supplies from growers in Morocco but we could still do with more.

We’re pleased to see that the veg crisis story eventually got picked up by the main stream media even if they were rather slow on the uptake. It does help if all our customers are made aware of the difficulties we face. This is covered in a bit more detail in the video version of our market report which is at the top of this page.

Nick Matthews talks about the veg crisis on the Jeremy Vine Show. 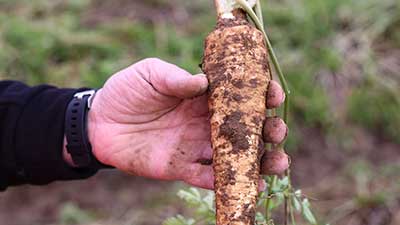 As in the previous couple of months best advice is to use as much British produce as you possibly can. Currently home-grown is the key to best value and quality.

Brassicas like Savoy, cauliflower, primo cabbage, purple sprouting and various kales. Worth mentioning that the UK cavolo nero will finish up soon. Roots like parsnips, swedes, beetroots, turnips, all kinds of carrots and Jerusalem artichokes. Leeks are excellent value and in superb nick. There’s still a terrific range of British apples and pears from store and, of course, wonderful Yorkshire Forced Rhubarb.

Here’s a couple of stand out examples of terrifically innovative British growing that are in season right now.

Previously Parsley Root or Hamburg Parsley was always imported but for the past couple of years British growers Fredrick Hiams have been growing it at their farm near Brandon in Suffolk. A delicious root with elements of celeriac, parsnip and parsley which, at last, is truly home-grown.

Kalettes, the vegetable formerly known as  Flower Sprouts. This year’s must have veg is in season right now. This delicious combination of kale and Brussels sprouts was developed over ten years by British seed company Tozers and it’s a huge hit on both sides of the Atlantic.

There’s a couple of short videos about growing both these wonderful veg in the Our Growers section of this site. 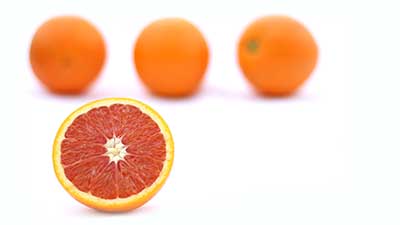 Seville oranges may have finished but there’s still plenty of real citrus superstars around this month that we really must bring to your attention.

From Spain and Morocco there’s Nardocott clementines, a late variety with an absolutely fantastic flavour, arguable the best of all the easy peelers. There’s lots of excellent  blood oranges from  Sicily and Spain and some superb Cara Cara oranges from Egypt. It may have a pronounced red tinge to its flesh but the Cara Cara isn’t a blood orange but a variety of navel. It’s unusually sweet with a rather complex flavour (for an orange), highly recommended. Finally there’s some wonderfully fragrant Primofiori leafy lemons from Spain. Truly it is a terrific time for citrus. 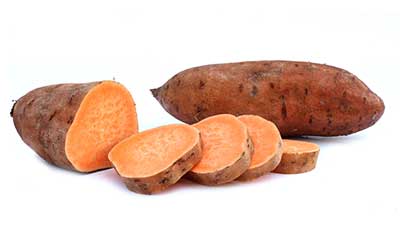 Sweet potatoes are increasingly popular in the UK and there’s some particularly fine examples being shipped in from growers in the southeastern United States. Boat transport means a relatively low carbon footprint and as these roots are cured they store extremely well. The traditional curing  process involves keeping the sweet potatoes in relatively hot and humid conditions for up to a fortnight. As well as improving storage this process strengthens the rather delicate skins and increases the sugar content making them even more delicious. 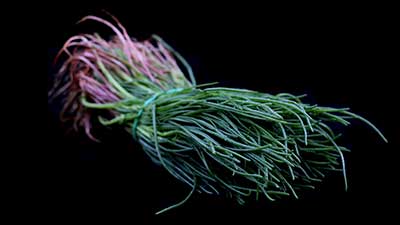 There’s a few very early peas from Morocco and broad beans from Spain. Supplies are limited and prices are high but a good indicator of better times to come.

There’s been the odd sighting of wild garlic mostly, but not exclusively, in Cornwall where it’s a bit warmer.

Those very clever chaps at Wye Valley tell us they may have a few spears of asparagus ready for cutting in mid March. But it’ll be a good six weeks after that before there’s any quantity.